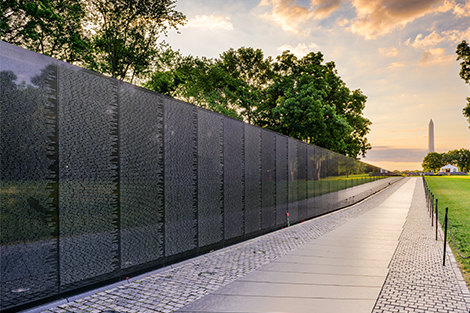 Completed in 1982, the design for the Vietnam Memorial was decided in a competition won by an American architect Maya Lin. The memorial pays tribute to those members of the armed forces who were either KIA (Killed in Action) or MIA (Missing in Action) during the war. As you read the names on the wall, those soldiers marked with a diamond were killed in action while those marked with a cross are missing in action. Since many veterans of the war are unable to make it to the memorial, there is a duplicate of the memorial that travels to various locations in the United States. The monument is called “The Moving Wall”.